Binge-watching the gospel of Matthew 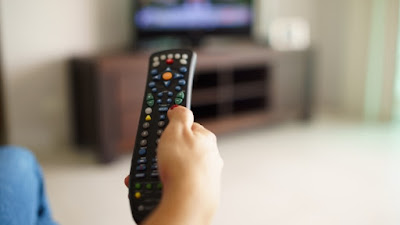 In many ways I am a creature of habit.   On Sunday afternoon I take the weekend’s music sheets out of my binder. Those that are repeating move forward to another week. Others are returned to the general binder to wait for their next use.

Monday mornings begin early. I take a fresh look at the upcoming week’s readings and music selections made several months in the past with my first cup of coffee. Today I grab a pencil as an outline for what follows flows quickly and easily.

The 32nd Sunday in ordinary time is the second of the three Last Sundays in ordinary time. These three Sundays make up one side of the hinge between the current church year and the next which begins with Advent.

For many years I’ve viewed, thought and written about these 3 weeks as a mini-season. This idea seems more prevalent this year. Perhaps it’s the binge watching prompted by a new subscription to Amazon Prime.

As I read these 3 weeks of readings I can’t help but look ahead to a cliffhanger on the last episode of the season.....I mean last Sunday of the church year: The Solemnity of Christ King of the Universe.

If the 25th chapter of Matthew were a script for the show it would read like this:

A line of people process to the Son of Man seated on a throne. As each person arrives at the front they are pointed to the left (goats) or the right (sheep.). The camera cuts back and forth between the Son of Man and another featured character as he makes his way to the front of the line. As he reaches the front we see a close up of him and Jesus. The Son of Man lifts His arm slowly as he prepares to point... to.... the...... (Cue theme music and credits.)

This article is not about binge watching some tv drama like “This is Us.” This article is about us! It’s about you and me, our friends and family, parishioners of St. Mary’s, Holy Family and Our Lady of Mt. Carmel, All of the Saints and Souls. It’s about The Kingdom of God.

This is what lead me to pick and repeat the songs of gathering for each of these weeks:

Our offertory song; Parable (#683) is the song I wish people would know of when they pick the reading from Ecclesiastes Chapter 3 (There is an appointed time for everything) for a funeral.

The communion song; All Good Gifts is a throwback to another time and reflects the fact that at the heart of every of every Eucharist lies our giving thanks to God.

Finally, the recessional song Stay Awake (#58) reminds us (as do the readings of this mini-season) that we should not wait for advent to prepare for the Lord’s second coming.

Blessed to be serving at St. Mary’s,