My blog for Easter Sunday: And the lotto jackpot is....... 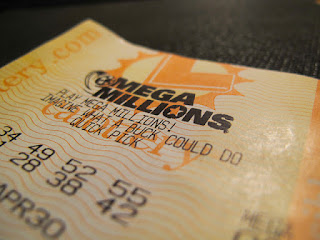 Have you ever dreamed of hitting it big in the lottery?  A Nobel Prize winning economist would argue that you already have.

Deaton’s award winning book shows that even the poorest countries are seeing improvements in life expectancy and income mobility. The title of the book comes from the growing number of these countries, Vietnam and Thailand for example, whose populations have made what he calls "The Great Escape."

The tragic part of Deaton's book is the countries whose populations are experiencing shortened life expectancies and less opportunity for upward mobility.  These countries have one thing in common:  long term civil unrest.

The Democratic Republic of the Congo has been immersed in a civil war since the 1940’s and  comes out on the very bottom of each of the book’s statistical tables.

The Archdiocese of Newark is in the final steps of preparing to welcome 51 refugees from several countries including the Democratic Republic of the Congo, Syria and Iraq.

The social concerns ministry of St. Mary's is hoping to get on board by sponsoring one of these families.  We have invited a representative from Catholic charities to give a presentation on the process.

Congratulating you on your lottery win and wishing you a blessed Easter,