I, John, your brother who share with you the distress, the kingdom and the endurance we have in Jesus…..
​​​​​​​Revelation 1:1a

What you are reading was composed on the Monday after an exhausting but magnificent Easter.  Easter, and the three days that precede it are the most intense time of year for church workers.  My world narrowed to little more than home, St. Mary’s, and the drive between the two.

On Monday morning I opened my iPad and searched for the Second Sunday of Easter/Divine Mercy. The gospel was familiar. We hear it every year at this time. Jesus appears to the disciples in the upper room. The first visit is sans Thomas. In the second the Risen Jesus invites Thomas to see, touch and believe.

As I read the other readings, notifications from my e-mail and newsfeed pop-up on and disappear from the screen. The narrow world in which I have resided expands rapidly.

I see details of yet another senseless act of violence.  Having recently spent several weeks on the lovely, peaceful island of Sri Lanka the bombings hit much closer to home.

John’s words of greeting at the top of this page invite me to think……pray….. and type.

John composed these words and those that follow from a prison cell high atop a mountain on the Greek Island of Patmos.

The USCB website writes Revelation was composed as resistance literature to meet a crisis. The book itself suggests that the crisis was ruthless persecution of the early church by the Roman authorities.

No wonder Revelation is still relevant.

The triumph of God in the world of men and women remains a mystery, to be accepted in faith and longed for in hope. It is a triumph that unfolded in the history of Jesus of Nazareth and continues to unfold in the history of the individual Christian who follows the way of the cross, even, if necessary, to a martyr’s death.

Let us pray God’s Divine mercy upon all victims of senseless violence and religious intolerance,

We live in a world of memes. They fill our Facebook and online news feeds.  We receive them from friends and share them on Instagram. Some stay awake into the wee hours searching for more or creating their own.

For those of us over 50, memes are the new T-shirts. For those of you under 50; allow me to explain. Back in the day you could go to a store and have a custom t-shirt made using heat applied letters and pictures.  Some of these creations (like “Respect Your Mother” and a picture of the earth) became the memes of the day.

As I prepared to write this article a meme captured my attention and sparked my imagination.  Actually it started as a quote in the g-mail signature of Tom Conry.  Tom is a liturgist, composer, educator and activist who graciously shared the music to one of his out of print compositions.

“They tried to bury us. They didn't know we were seeds.”

The quote was originally written in Greek by the 20th century poet Dinos Christianopoulos.  It and the memes it inspired have become a metaphor for struggle.  One website connected it to the following tags:  adversity, struggle, inspirational, power and survival.  I’d like to suggest it as a metaphor for faith.  Perhaps you will relate.

For forty days I have reflected on the times I failed to live out my faith.  Today the empty tomb reminds me that the faith I sometimes try to bury is a seed.

Wishing you a blessed and joyful Easter!
Blessed to be in ministry with you at St. Mary’s.
Bruce


Where do we go from here?


After all these years I am moved more by Palm Sunday than any other Sunday liturgy. Despite knowing what will come, I continue to be surprised as to how quickly my well-practiced “Hosannas” become shouts of “Crucify Him”.


Then there’s the palm. People young and old love holding it, braiding it and making it into crosses. Many of us have a piece of it somewhere in our home or car. Yet the palm of which we are so fascinated will soon become the ashes placed on our foreheads (should we be blessed with another turn around the sun).


So.....where do we go from here? How about the most important liturgy in the church year?


This liturgy begins this Thursday night where we remember Jesus’ Last Supper by celebrating the Eucharist and washing the feet of 12 parishioners.


The liturgy continues on Friday with the celebration of the Lord’s Passion in 3 parts: The Liturgy of the Word (including the reading of the passion from John’s gospel,) the Adoration of the Cross and Holy Communion.


The liturgy concludes on Saturday with the Easter Vigil the celebration of Jesus’ resurrection from the dead.


Blessed to be in ministry at St. Mary’s, 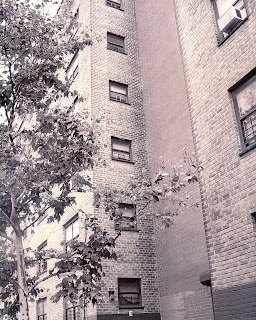 God, in your goodness

from “A Place At Your Table”
Text and Music Ben Walther

On the 4th Sunday of Lent we are presented with a familiar parable from the 15th chapter Luke’s gospel. When I was young, I knew it as the Parable of the Prodigal Son.  More recently, I’ve heard it called the Parable of the Generous Father.  My current bible uses the word “lost” to describe it and the preceding two parables.

As I reflect on the Parable of the Lost Son, I think of my grandmother and grandfather. Everyone was invited to their tiny apartment for holiday dinner. All were equally welcome, those who visited often and those who came infrequently.

My Mom tells me about her uncle Pete who would be welcome at my grandparents table (and couch) when he “got in trouble” with his wife.  I suspect this was more often than infrequent as Uncle Pete enjoyed spending time at the racetrack and the local tavern.

Today’s music selections are based on the Parable of the Lost Son.
• A Place At Your Table (#850)
• Amazing Grace (#432)
• Gracious God  (#118)
While different in style, they each speak of God’s welcoming grace. They also point out like the brothers in today’s gospel we each come to God as saint and sinner, sighted and sightless, lost and found.

I pray that at least one of these songs sings to your heart.

Blessed to be in ministry with you and at St. Mary’s,

Being blessed to be at St.Mary's is more than a catch-phrase.  This past weekend the assembly and music ministry shared a moment of blessing as we sang Amazing Grace together.  (Y)our voices breathed life and spirit to a wonderful but sometimes tired and worn hymn.